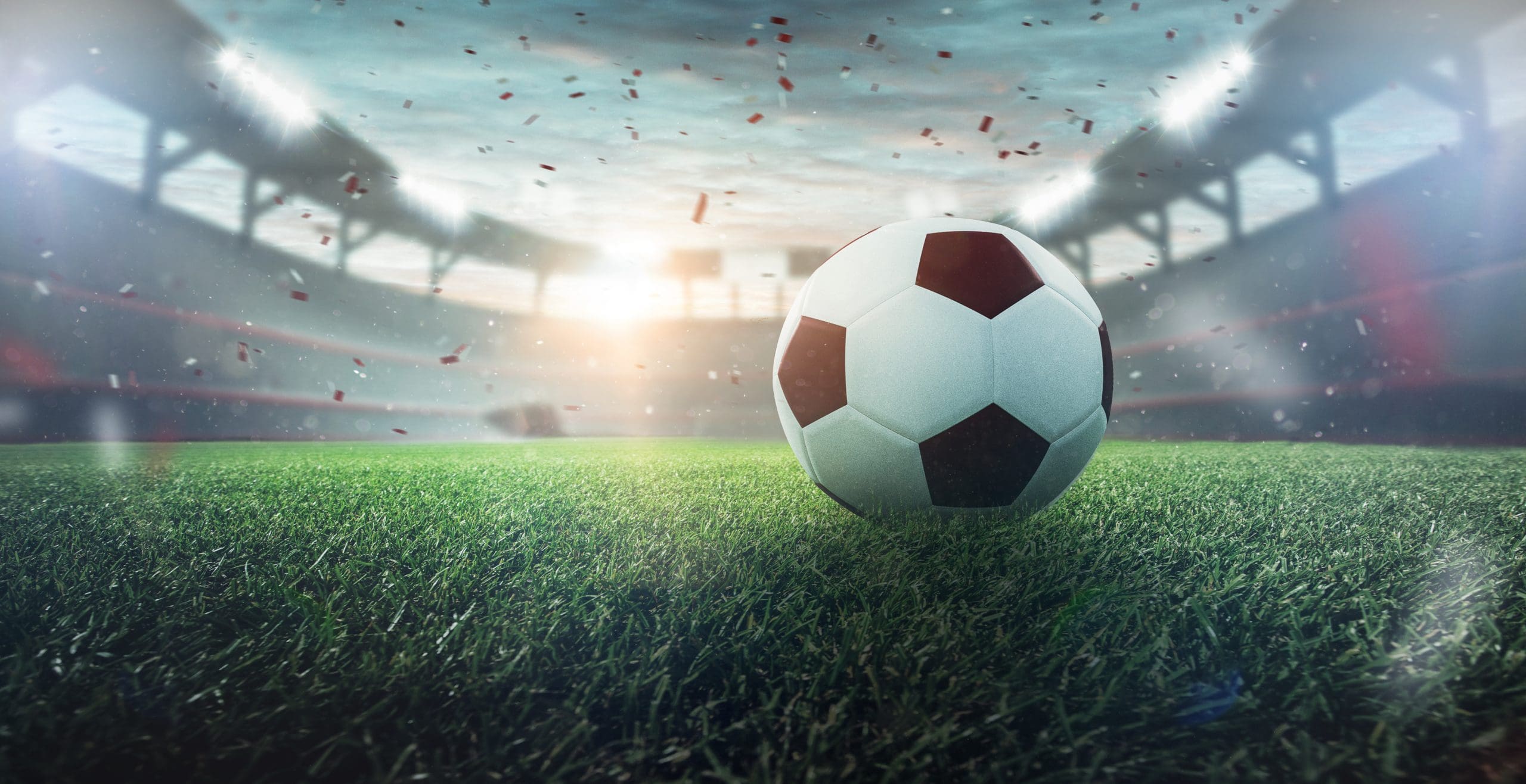 Get ready, soccer fans! It’s time to dive into the exciting details of the 2026 FIFA World Cup venues. The tournament will be hosted by three countries – the United States, Mexico and Canada. This will be the first time that the World Cup has been hosted in North America, and it is set to be a massive event.

With the host venues for this unprecedented World Cup now confirmed, let’s break down what we know about the tournament itself. It has been speculated (but not officially declared) that the USA, Canada, and Mexico will be automatically qualifying for this historic tournament-the first one ever to span across three different countries! This edition also marks a historic first: it’ll be 48 teams strong with 16 groups playing two games each before entering into an epic round of 32 kicking off across three different countries! That’s one less game than usual but there’ll still be plenty of action as more nations battle their way toward soccer glory…the drama awaits come summer ’26. Are you as hyped up about 2026 WC as Alexi Lalas?!

The following are the venues that will be used during the 2026 FIFA Worl Cup tournament in the U.S, Canada & Mexico:

Mercedes-Benz Stadium is one of the 11 stadiums that will host matches during the 2026 FIFA World Cup. It is located in Atlanta, Georgia, and is home to the city’s professional football team, the Atlanta Falcons, and the Atlanta United Football Club (FC). Opened in August 2017 and has an impressive 71,000-seat capacity – making it one the largest stadium in the United States.

Gillette Stadium is an NFL stadium located in Foxborough, Massachusetts. It is home to the New England Patriots and the New England Revolution of Major League Soccer (MLS). The stadium has a capacity of 66,829 people.

AT&T Stadium, formerly known as Cowboys Stadium, is a domed stadium located in Arlington, Texas. It is home to the Dallas Cowboys of the National Football League (NFL). Built in 2006, the stadium has a capacity of 80,000 people and features a massive video board, the largest in any stadium. Tour AT&T Stadium

NRG Stadium, located in Houston, Texas, is one of the venues that will host matches during the 2026 World Cup. It is the home to the Houston Texans of the National Football League (NFL). It has a seating capacity of 71,995 and opened in August 2002 as Reliant Stadium. The stadium was designed to evoke the characteristics of the city of Houston.

Arrowhead Stadium, located in Kansas City, Missouri, is one of the 11 stadiums that will host matches during the 2026 FIFA World Cup. It is home to the Kansas City Chiefs of the National Football League (NFL). The construction of Arrowhead Stadium began in 1968 and was completed in 1972. It has a seating capacity of 76,416 people and is known for its passionate fans, nicknamed the “Arrowhead Nation”. Arrowhead Stadium has often been referred to as one of the loudest stadiums in the world.

SoFi Stadium is a brand new state-of-the-art football stadium located in Inglewood, California. It is set to host matches during the 2026 FIFA World Cup and will serve as the home venue for both the Los Angeles Rams and Los Angeles Chargers of the National Football League (NFL). The stadium was built with a construction cost of $5 billion, making it the world’s most expensive stadium. It has a seating capacity of 70,240 people and features a massive video board, the largest in any stadium.

Hard Rock Stadium, formerly known as Joe Robbie Stadium, it is located in Miami Gardens, Florida, and is home to the NFL’s Miami Dolphins and MLS’s Inter Miami CF. The stadium opened in 1987 and underwent a $400 million renovation project completed in 2016. It has a seating capacity of 65,326 people and is known for its exciting atmosphere when the Dolphins are playing.

The tournament’s opening match is set to take place at MetLife Stadium in East Rutherford, New Jersey. This iconic venue is home to the NFL’s New York Jets and Giants and has previously hosted matches during the 2014 Copa America tournament. The stadium opened in 2010 and has a seating capacity of 82,500 people, making it one of the largest NFL venues in the world. MetLife Stadium has become an iconic landmark in the New York/New Jersey area and is constantly used for major events. Tour MetLife Stadium

Lincoln Financial Field is the home of the Philadelphia Eagles, located in South Philadelphia. It is an iconic football stadium that has hosted multiple major events, including Super Bowl LII in 2018. The construction of the stadium began in May 2001 and was completed two years later in August 2003, with a seating capacity of 69,176 people. The stadium has undergone multiple renovations since its opening, including the installation of a brand-new video board in 2014. Tour Lincoln Financial Field

Levi’s Stadium is located in Santa Clara, California, and serves as the home of the San Francisco 49ers of the National Football League (NFL). The stadium opened in 2014 after a construction period of two years. It has a seating capacity of 68,500 people and has become an iconic landmark in Northern California. Levi’s Stadium has hosted multiple major events, including Super Bowl 50 in 2016. Tour Levi’s Stadium

Lumen Field, formerly known as CenturyLink Field and Qwest Field, is a multi-purpose stadium located in Seattle, Washington. It serves as the home for the Seattle Seahawks of the National Football League (NFL), Seattle Sounders FC of Major League Soccer (MLS), and the Seattle Dragons of the XFL. The stadium opened in 2002 and has a seating capacity of 70,000 people. It is widely regarded as one of the toughest places to play in the NFL due to its passionate fans and unique atmosphere. Tour Lumen Field

BMO Field is a multi-purpose stadium located in Toronto, Canada. It is the home of Major League Soccer’s Toronto FC, as well as the Canadian Football League’s Toronto Argonauts and the newly-formed XFL franchise Toronto Renegades. The stadium opened in 2007 and underwent a $150 million renovation project completed in 2016, which increased its seating capacity to 30,000 people. The stadium has hosted major events, including the 2016 MLS Cup Final and the 2017 CONCACAF Gold Cup Final.

BC Place is a world-class, multi-purpose stadium located in Vancouver, Canada. The stadium is primarily used for football and soccer matches, as well as large concerts and other events. The stadium opened in 1983 and underwent a major $514 million renovation project which was completed in 2011. BC Place has a seating capacity of 54,500 people, making it one of the largest in Canada. BC Place is home to Major League Soccer’s Vancouver Whitecaps FC and the Canadian Football League’s BC Lions.

Estadio Akron, located in Guadalajara, Mexico, is one of the most iconic stadiums in the country. Home to Club Atlas and the Mexican national team, Estadio Akron has been host to many important sporting events and matches over the years. Opened in 1992, the stadium has a seating capacity of 45,364 people and is known for its vibrant atmosphere.

Estadio BBVA is a multi-purpose stadium located in the city of Monterrey, Mexico. It is the home of Liga MX club Tigres UANL and has been host to many important sporting events and matches over the years. The stadium opened in 2010 and has a seating capacity of 41,650 people. Estadio BBVA is known for its modern amenities and state-of-the-art facilities.

The 2026 FIFA World Cup is sure to be an event unlike any other, and football fans around the world will certainly want to get their tickets early so they don’t miss out on the opportunity to experience the historic tournament. With three host countries – Canada, USA, and Mexico – each bringing their own unique flavor, style, and culture to the tournament, spectators will get a chance to experience football at its finest. From the iconic BC Place in Vancouver to Estadio Akron in Guadalajara, where each of these stadiums promises to be instrumental in making this tournament one of the most memorable sporting events ever.

With so many mouth-watering fixtures across all three host countries, this World Cup will be one not to miss. Get your tickets early and go enjoy the spectacle that is set to take place in June and July of 2026! Rally your friends, family, and fellow football fans, and make sure you don’t miss out on this once-in-a-lifetime event! Be part of history and experience the 2026 FIFA World Cup in all its glory!

we would love to hear your suggestions for future blog post topics. What do you want us to write about? Why is it important for our audience? How will it help them? Send us your thoughts and ideas to support@faveplus.com or from our contact page, and we’ll take them into consideration as we plan out our content calendar. 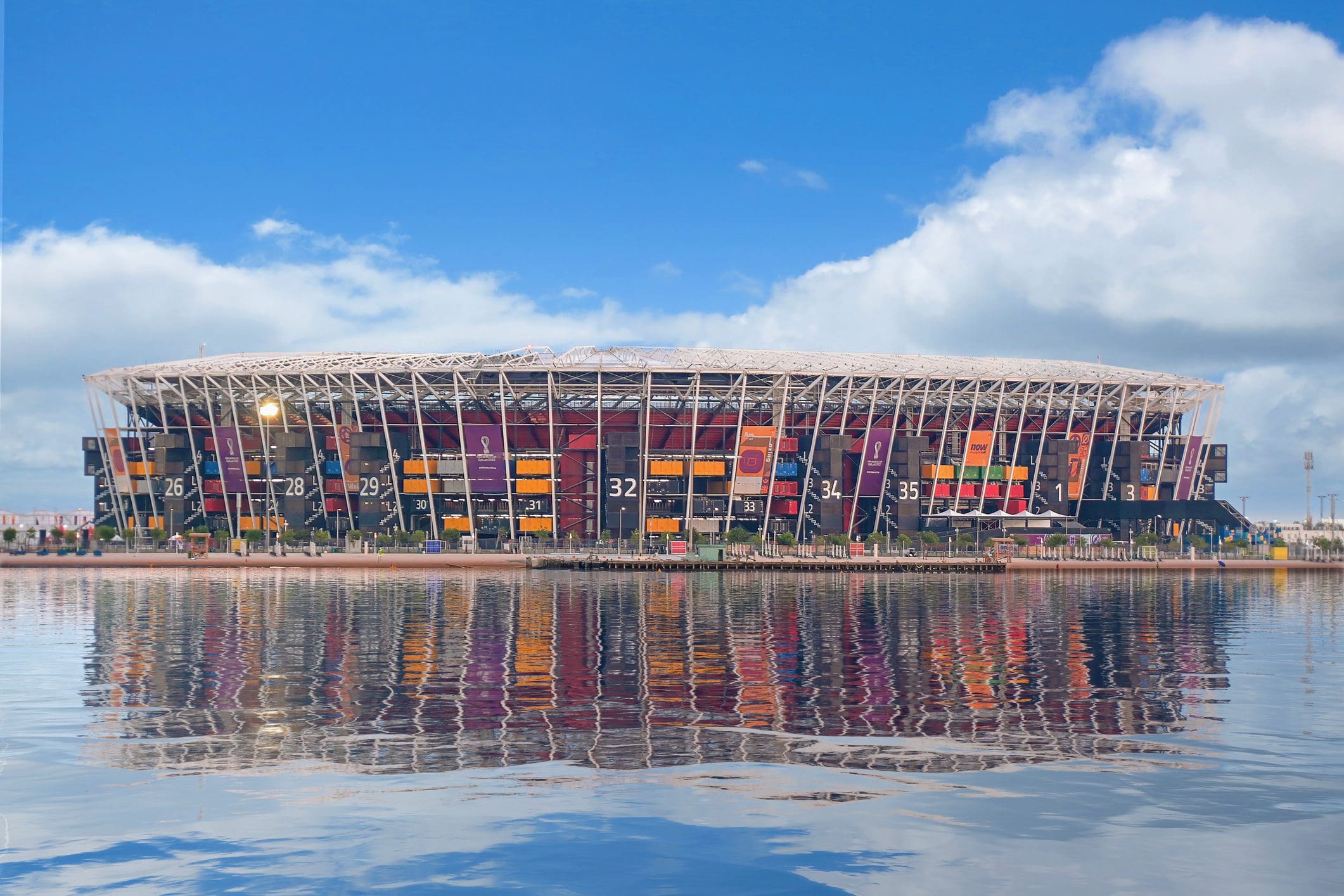 Get Ready for the Exciting FIFA World Cup 2022 in Qatar! 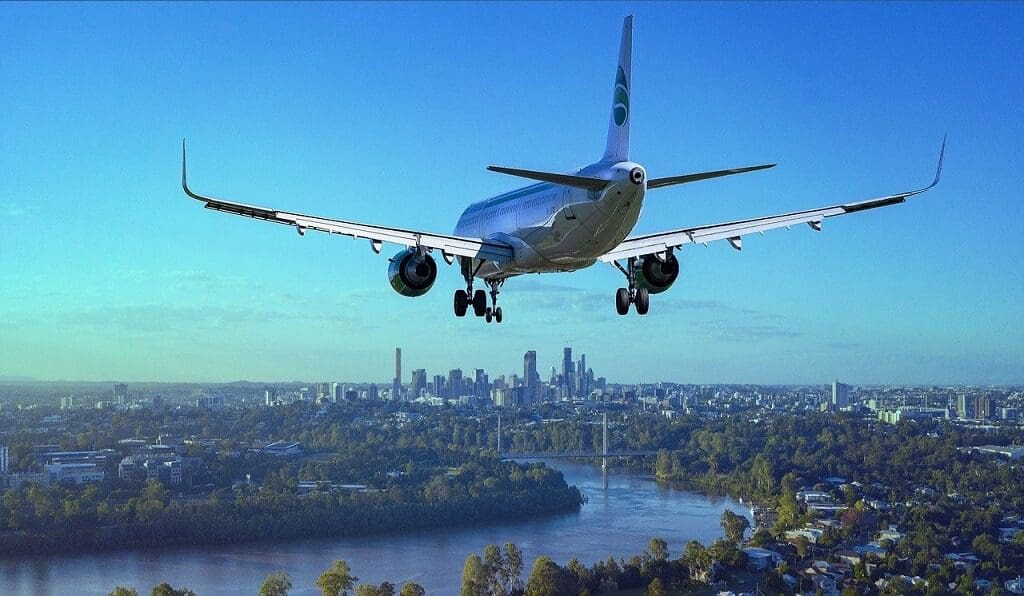 What Are the Best Online Booking Sites? 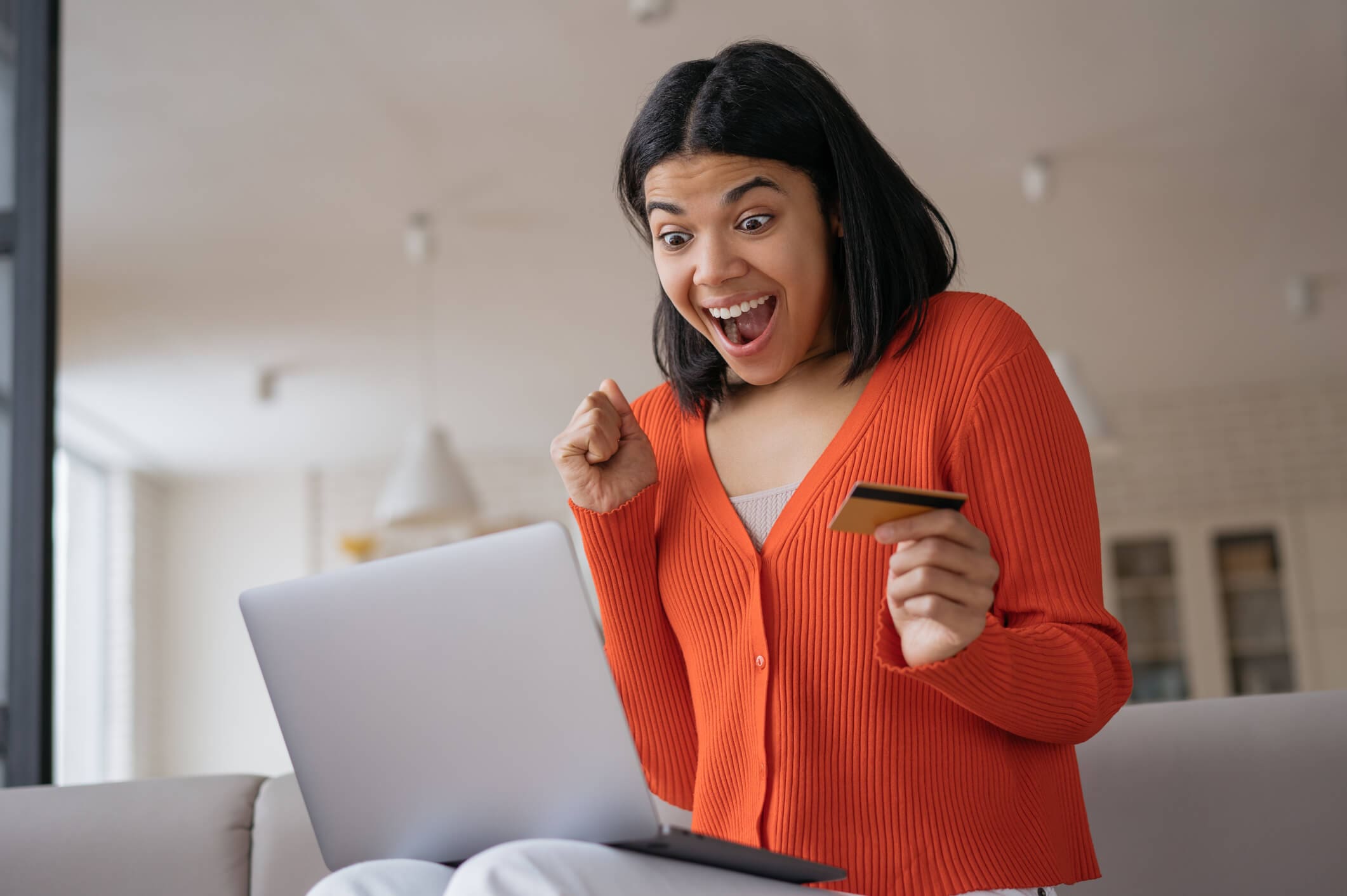 How To Have a Fun Weekend Trip in Your State The Best Car Rental Companies in 2021